Phil Cordery sent the pictures below a while ago, so progress is certainly even more advanced now. Phil also owns OD1096, and OD955 & OD1076 both live close by, so he has plenty of reference points to work from. Looking forward to seeing this one back on the road soon!
November 2019 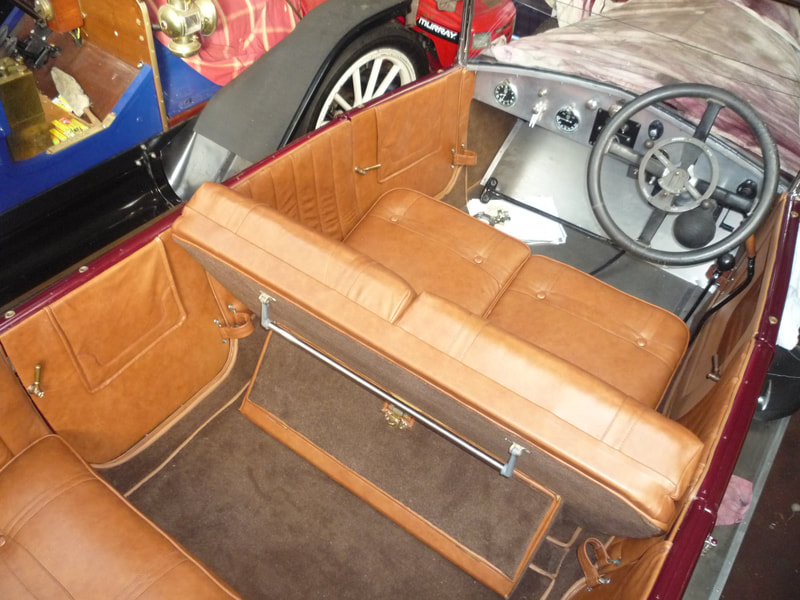 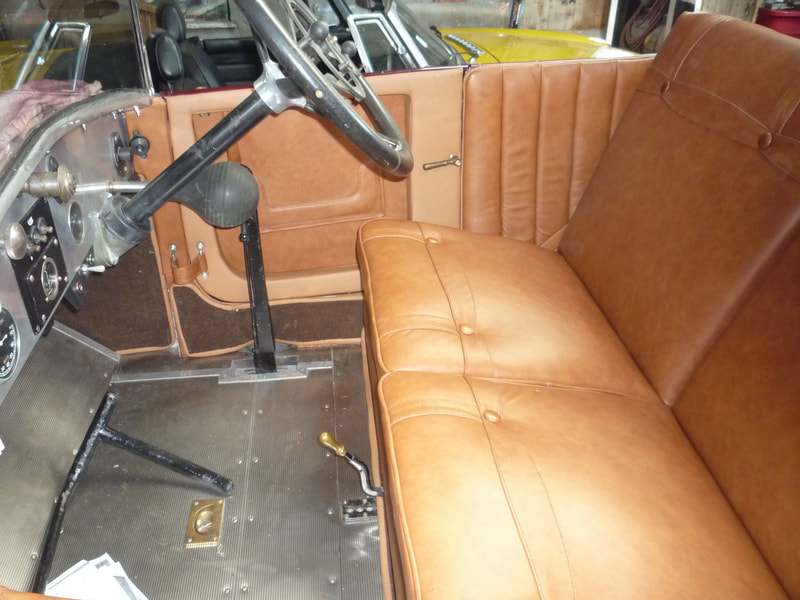 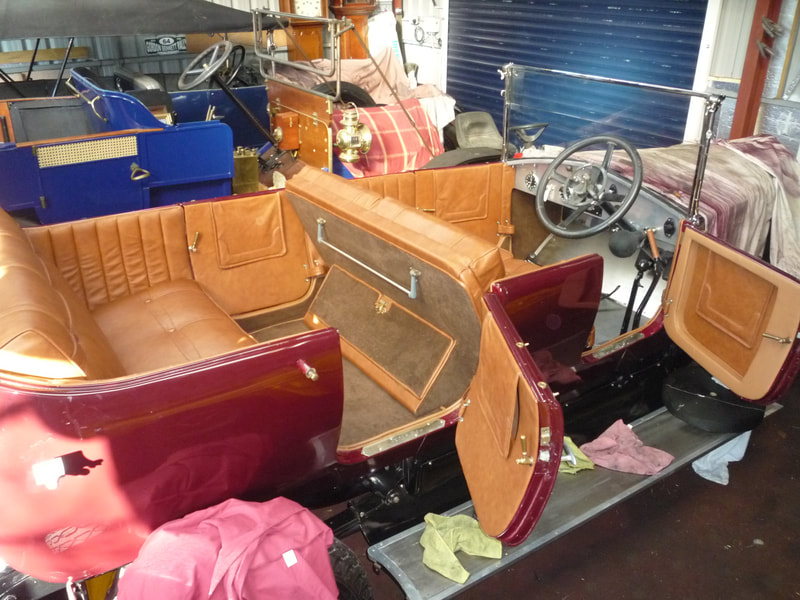 From Queensland to Wales - OD832

In Dave Stuart's October 2018 Newsletter, he mentions OD832, a 23-60 originally sold in Queensland. There are some period photos of the car on the Photo Archives (AUS/NZ) page.
The restoration was started many years ago by James Meera. However, earlier this year James decided to sell the project, and so the car moved to Wales. Phil Cordery reports that a lot of good work has been done, but there remains a lot to do. The photos below shows work in progress as at October 2018. 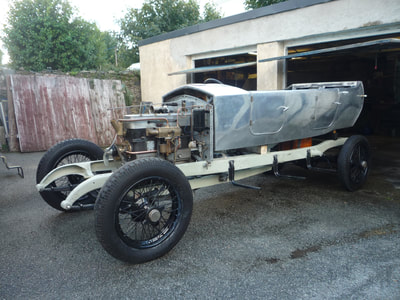 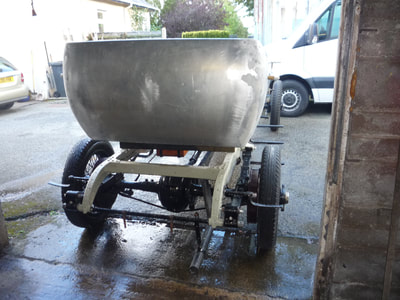 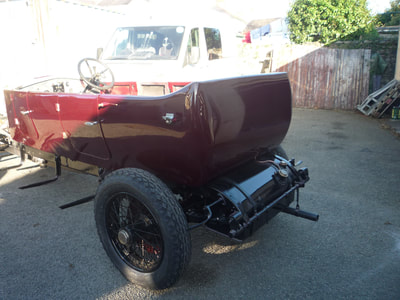 James Gunn is making excellent progress with Alex Hayward's A09 project.
A major milestone was reached just before Christmas when Alex and family visited. The engine start up was captured here.
Almost ready for a body now! 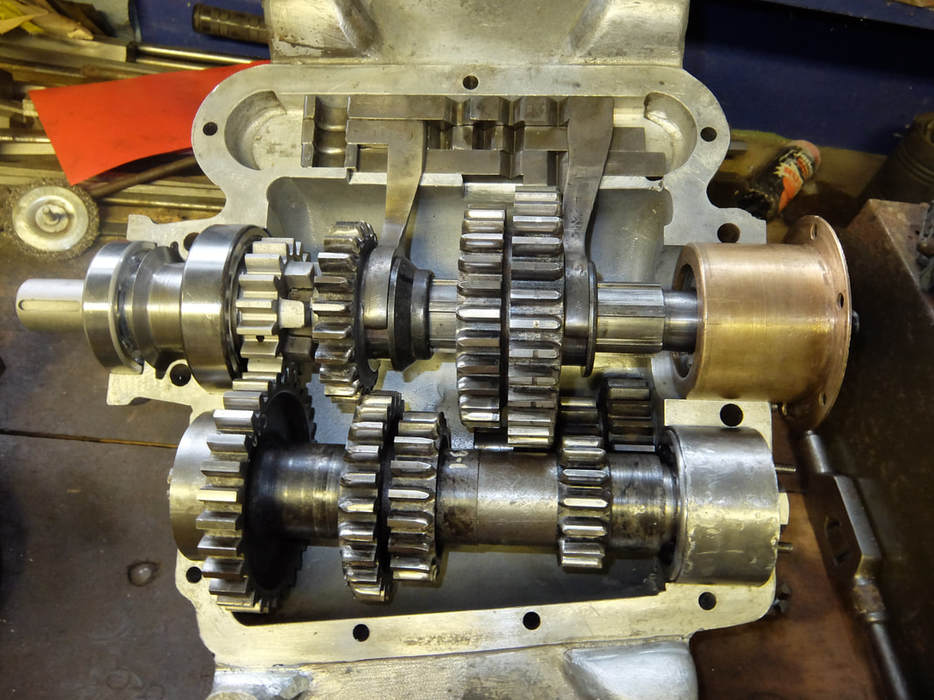 My 1914 16-20 A Type is currently fitted with a 23-60 gearbox. I wanted to fit an Edwardian gearbox in order to make the car more correct and Julian Ghosh managed to source one with the serial number W403 & 4   A11   220. The input and output shafts had been butchered but good replacements were provided.  I have now overhauled this gearbox and have taken many photos learning along the way about Edwardian gearboxes. The following is my understanding about Edwardian gearboxes and I welcome comments as I am a relative newcomer to these cars.

​A09. This had the first version of the 4 speed gearbox and had a one piece casing with three point mounting and a hexagonal not splined mainshaft. Vauxhall have drawings for the internals of this gearbox. The November 1910 Auto Journal shows a B type chassis with this gearbox but with four point mounting. I believe that there are only two or three cars surviving with this gearbox.
​
A11. This had a redesigned gearbox with a splined mainshaft. The casing was in two halves with pattern numbers 403 BAC and  404 BAC cast on the bottom and top halves respectively.  The layshaft bearings were self-aligning and mounted in eccentric steel sleeves which allowed the backlash to be adjusted. A drawing of this gearbox was published in the 1911 Automobile Engineer show review. The Motor in November 1911 had a photo of the 20 hp chassis and noted that the redesigned gearbox was shorter and had improvements to the gear change and interlock. This gearbox type had several modifications over the years, mainly to the method of mounting the coupling on the input shaft which went from a parallel shaft with two parallel keys to a splined shaft with a retaining nut. Finally a taper with a woodruff key was used although I am not certain if this modification was used on the A11 type gearbox. If it was then it was after 1916. At least four different arrangement drawings of this gearbox were published in the press over the years. The drawings show the layshaft gears keyed onto the shaft with a separate key for the 1st pinion although my gearbox has one long key.

​During my gearbox overhaul I did not use self-aligning bearings but ordinary ball races. I used a shielded bearing for the large input shaft bearing and sealed bearings for the mainshaft and front input shaft bearing. I hope this will reduce oil leaks. I stoned off the burrs on the gears and I turned up a fully floating bronze spigot bearing. The main problem was in fitting the old gears to the supplied mainshaft as there were pitch errors in the splines and also a slight pitch error in the top gear dogs. Fortunately the mainshaft is not hard so with judicious filing and lapping with fine valve grinding paste I was able to achieve free movement of the sliding gears. I also discovered that the ¼” keysteel for the layshaft needed to be eased to fit the gears although it was a good fit in the shaft so ended up with a slightly stepped key. I shall have to make a new flange for the coupling on the input shaft and fortunately Peter Weir provided me with a drawing. It will probably be March before I try the car with this gearbox. I expect it will be noisy

​I have a full set of photos of the disassembly and reassembly of my gearbox and can provide notes if required.

A Vauxhall Story by Ian Parsons

​Ian Parsons
12 October 2016
A198: Click once on the pictures to enable Lightbox 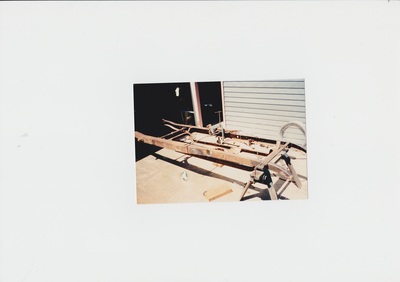 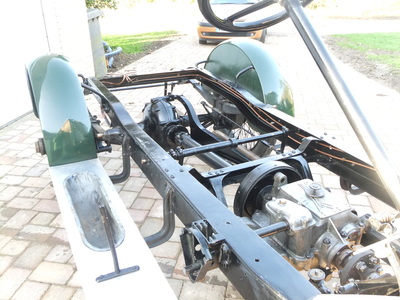 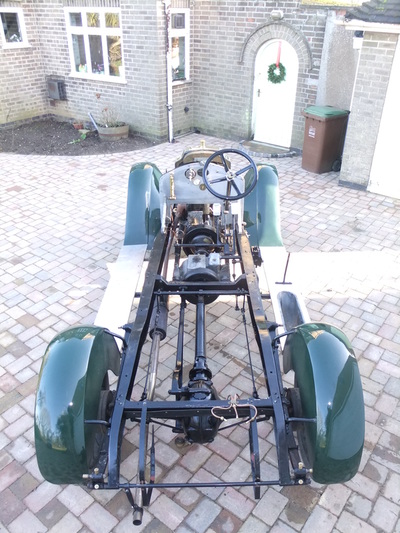 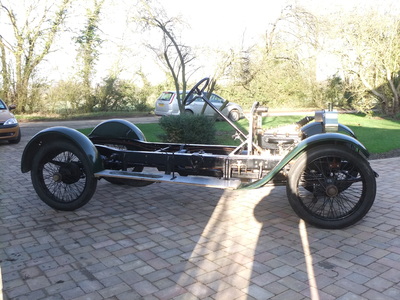 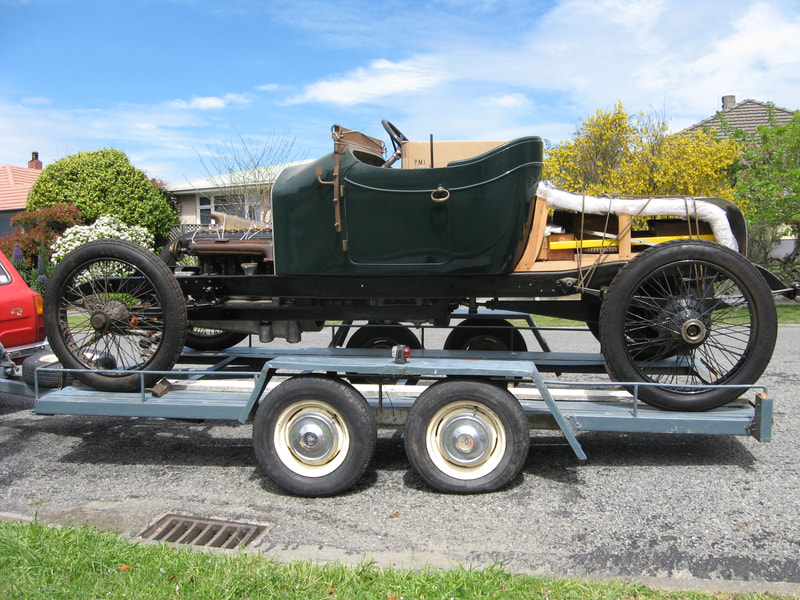 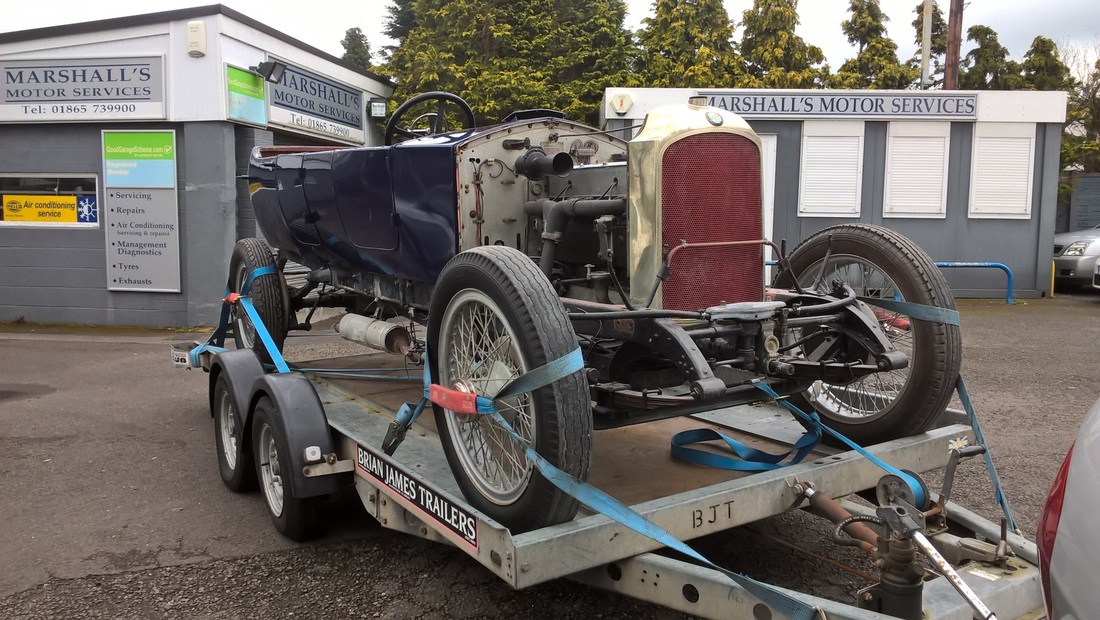 The recreation of the Prince Henry Vauxhall entered in the Swedish Winter Trial of 1912, by Alisdaire Lockhart.